We begin with one:

In 2012, Stacy started working at a small library in Huntington, West Virginia. During the three years she spent there, she wrangled pre-schoolers, built giant turkeys out of cardboard boxes, and offered reference advice on how much worm medication one should give a group of seven cats based on each kitty’s weight. The library gods also granted her the equivalent of her two female soulmates in the form of her co-workers. Julie arrived first, and when she eventually moved on to a fancy position at the main branch, Alexis arrived in her place.

Always a fan of creative writing, Stacy was eager to be one of the founding members of the Wicked Wordsmiths of the West and has two short stories published in their 2014 horror anthology, Wicked Words. She has a degree in English literature and spent a great deal of her time at college writing about sexuality and gender theory, which inevitably seeps into her personal writing. She is also an avid fan of horror movies, an aspiring future roller derby queen, and a John Waters enthusiast. She is currently pursuing graduate studies in Library and Information Science, and she recently left her former library job to relocate to Southern New Jersey, where she works at a bigger library and lives with her boyfriend and their small menagerie of creatures.

Then, there were two:

Julianne had always dreamed of working in a library, and she finally got her chance when a position opened up at the West Library. It was there that she met Stacy, and the two became fast friends. A year and a half later, she accepted a position at the Main library in Youth Services and is still there today – and loving every minute of it.

Julie is currently pursuing her Master’s in Library and Information Science through the University of Kentucky. She runs a local writing group known as Wicked Wordsmiths of the West, and has published stories in their anthologies Wicked Words and Stories from the Stacks (Release Date: Coming Soon). She enjoys writing and reading (mostly Young Adult lit), is an avid foodie (totally one of “those” people who frequently posts foodporn pics of all her dishes on social media), and she talks about her pug more than most people talk about their children (His name is Otis, and it’s possible that he’s the cutest dog on this planet). 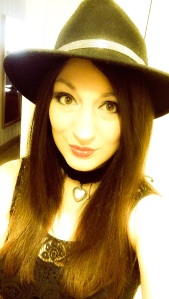 Alexis began working at the West Huntington Library with Stacy right after Julie left, on to more magical things such as a full-time job. She was introduced to Julie later through Stacy.

Alexis is a college student working on her undergraduate degrees in international affairs and Spanish. She has a passion for learning languages and traveling. She aspires one day to be able to work with people on an international scale, building bridges and connecting cultures that couldn’t before due to linguistic and cultural differences. In her spare time, she writes poetry and flash fiction of all varieties.

Together, they form the Spellbound Scribblers. Their intent is to use this blog as a method of both staying connected with each other and staying motivated to write. Each month, there will be two stories from each Scribbler. Week one will be Stacy, week two will be Julie, week three will be Alexis, and the last week of the month will be a story from each of them based on a common prompt. As a rule, these stories are top-of-the-head and unedited – you’re reading the fresh, raw ideas of these authors, so please leave us a comment to let us know you’re reading and what you think. 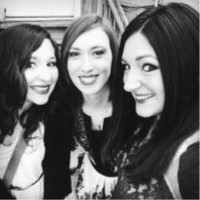 The Rule of Three suggests that things that come in threes are inherently funnier, more satisfying, or more effective than other numbers of things.

Meet Stacy, Julianne, and Alexis - three aspiring authors who started this blog as a way of motivating themselves to practice their craft on the regular. Each month will follow the same format for short story posts:

Week 4: Individual stories from all three ladies stemming from a common prompt.

We hope that you enjoy our stories and agree that everything is better in threes!